Bülent Şık, former deputy director of the Food Safety and Agricultural Research Center at Akdeniz University, was convicted of disclosing classified information after he published the results as a four-part series in a Turkish newspaper in April 2018. “Bülent Şık fulfilled his duty as a citizen and a scientist and he used his right to freedom of expression,” his lawyer, Can Atalay, said in his closing statement before the sentence was handed down by a court in Istanbul.

The study was commissioned by Turkey’s Ministry of Health to see whether there was a connection between toxicity in soil, water, and food and the high incidence of cancer in western Turkey. Working for 5 years, Şık and a team of scientists discovered dangerous levels of pesticides, heavy metals, and polycyclic aromatic hydrocarbons in multiple food and water samples from several provinces in western Turkey. Water in several residential areas was also found to be unsafe for drinking because of lead, aluminum, chrome, and arsenic pollution.

In 2015, after the study was completed, Şık testified that he urged government officials to take action during a meeting to discuss the findings. After 3 years of inaction, Şık testified, he decided to publish his findings in Cumhuriyet, an Istanbul newspaper that has been a high-profile target in the government’s crackdown on media. (Bülent Şık is the brother of Ahmet Şık, an opposition member of Parliament and former investigative journalist at Cumhuriyet who was previously jailed for criticizing the government).

“What is quite striking in this case is that the Ministry of Health did not argue that what Bülent Şık published was not true,” says Milena Buyum, a senior campaigner on Turkey at Amnesty International in London. Instead, Buyum says, the government’s assertion that the information was confidential suggests there was a real danger to health.

Under Turkish law, Şık could have avoided jail and received a suspended sentence by expressing regret. But he declined to do so when asked by the judge.

“[H]iding data obtained from research prevents us from having sound discussions about the solutions,” Şık said in a statement to the court provided to Science by his lawyer. “In my articles, I aimed to inform the public about this public health study, which was kept secret, and prompt the public authorities who should solve the problems to take action.”

Şık, who lost his university position in 2016 after signing a petition calling for peace between Turkish forces and Kurdish militants in southeast Turkey, remains free pending an appeal. Scores of Turkish scientists have been fired from their jobs, prosecuted, or served time in jail in a crackdown on dissent that followed a failed coup attempt in 2016. 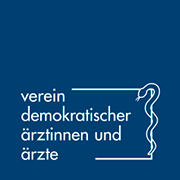